Everything you need to know about Masters Reykjavík!

posted by SmittyW.,
Schedule, prize money distribution, tournament format, changes and where to watch: all information about Masters Reykjavík. Masters Reykjavík will be the climax of VCT Stage 2 and the first offline event to feature global competition. The ten teams that stood out in each of their competitive regions will meet in Iceland to determine the very best among them. Overall, $600,000 and a fair amount of circuit points will be on the line. Learn everything you need to know in this article!


Who will play at Masters Reykjavík?

The event will feature ten teams from seven regions. The line-up looks as follows:


What's the format of Masters Reykjavík?

To create the 10 team bracket, the top seeded teams from the two regions with the largest player base, North America and Europe, were seeded into the second round. The remaining teams were randomly seeded with the requirement that teams from the same region could not be put on the same side of the bracket in order to avoid matching against each other in the initial rounds. Here are the format and seedings in detail: 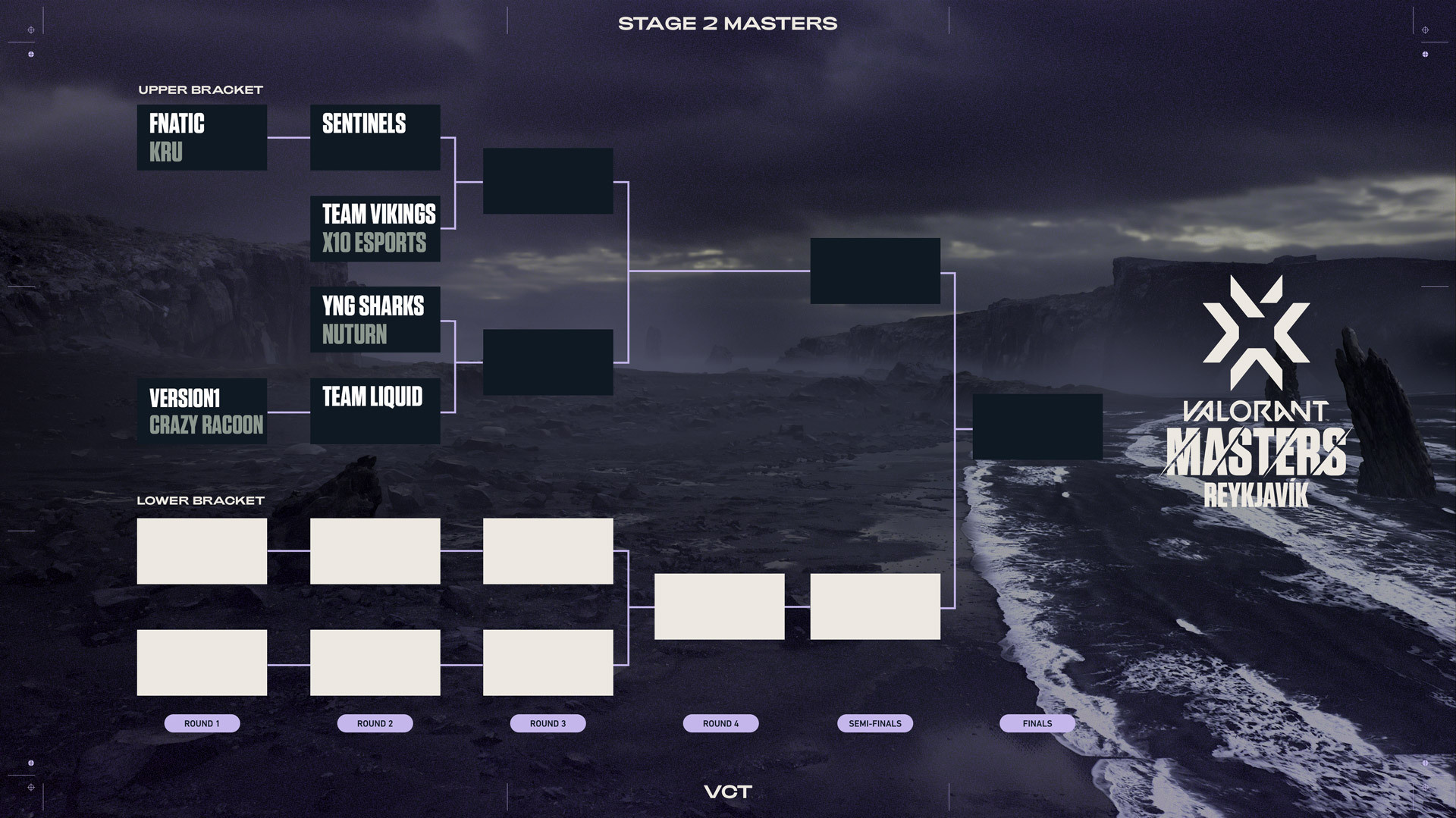 Teams will participate in a double elimination format. There will be a lower and an upper bracket until the finals, which will be held as a best-of-five.

What's the schedule for Masters Reykjavík?

So many exciting matches ahead, but when exactly do they take place? The first Play-in matches kick off on 24 May, so it’s showtime soon. For an overview on each matchday, head over to our schedule and find out when the broadcast is starting and on which day. The schedule can be found under the Masters option in the navigation, or you can click here.


What is the prize money and VCT points distribution?

Masters Reykjavík will feature the biggest VCT prize pool yet and more circuit points than ever before. Below is a breakdown of the prizes awarded to the teams participating:


Where can I watch the games?

We broadcast in English and nine other languages, the full list of which can be found below. Make sure to grab your favourite snacks, tune in and enjoy the show!

Missed a game? Don’t worry. All broadcasts are available as VODs on our Twitch and YouTube channels. See below for the full list of channels and languages available:

The official VCT EMEA streams are:

What watch parties to join?

During the event, you can watch the games with your favourite streamer on Twitch. We'll share more infomation on that soon!


Where can I find the results?

Head over to our coverage to stay up to date with the current standings as well as which teams have progressed to the next stage.


How to stay updated?

Still have questions? No problem! Drop a message to our support team at any time and they will get back to you as soon as possible or check out our FAQ section.