Champions Items and Drops Are Coming!

posted by VALORANT Esports Staff,
Don't miss the exclusive content for VALORANT's most anticipated event this year! Get the full details on the in-game celebration of VCT Champions! VCT Champions 2021 will take place from 1st-12th December and we’ll be making sure that VALORANT players all over the world will be able to celebrate the event. Starting 24th November, players will be able to purchase in-game items, earn drops, and receive a free commemorative player card as part of the event! Let’s take a look at all the ways Champions will be celebrated within the VALORANT game. 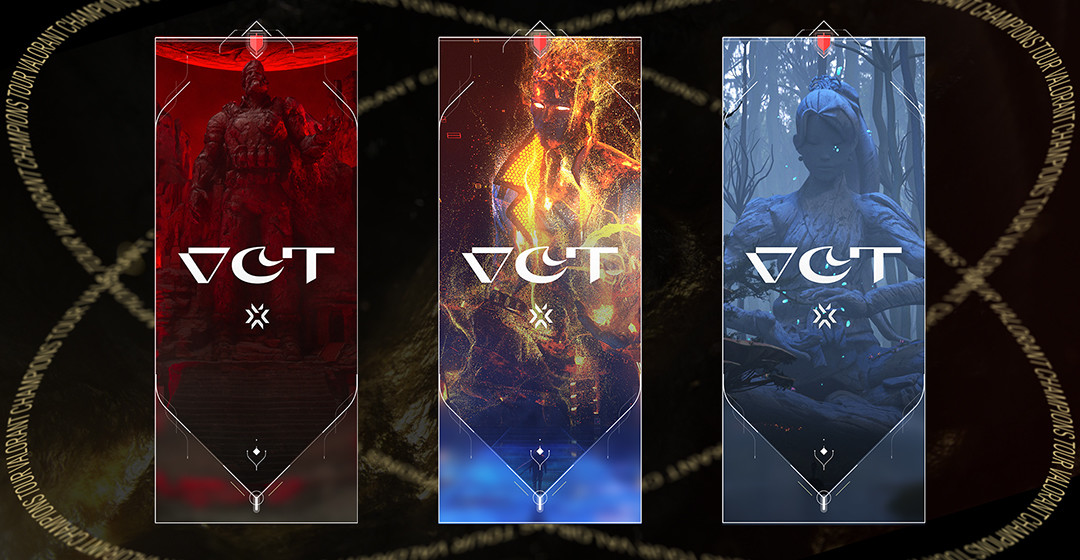 Don't miss out on the exclusive content which is available from 24th November until 12th December! Photo credit: Riot Games

The Champions Vandal is one of our most ambitious skins to date, with a slew of features inspired by Champions 2021. These features include the Champions Aura, a glow that appears on the skin when scoring a kill or being held by the top fragger in the match, the instrumental of the Champions anthem on inspect, and a unique finisher that will really immerse you in the world of the music video.

Make sure to check out the Champions bundle in the VALORANT in-game store and remember, 50% of net proceeds from the Champions 2021 Collection will go to participating teams. Items won't return to the Store or Night Market.

VCT Champions starts on 1st December! Connect your VALORANT account with your YouTube, Twitch, AfreecaTV, or Trovo account to be eligible to receive in-game rewards including the Champions Gun Buddy and Spray!

Make sure to link your Riot Account, so you receive drops while watching! Photo credit: Riot Games

In order to be eligible for drops, fans will need to link their VALORANT accounts to Twitch, Youtube, Afreeca, or Trovo and watch matches during the Champions broadcast and Watch Parties on Twitch and Trovo. Fans will be eligible to receive the VCT spray from 1st-11th December while the VCT Gun Buddy will be an exclusive drop during the finals starting at 9 AM PT (6 PM CET) on 12th December.

To commemorate our first Champions event all active VALORANT accounts will be granted the Champions 2021 player card. Rep this card to show the world you’re ready to watch the best teams in the world compete at Champions.

Champions will take over your favorite VALORANT maps starting on 24th November. You’ll see new locations dressed up in their best Champions flair to commemorate the event! Thank you for making the first year of the VALORANT Champions tour a massive success. We look forward to closing out the circuit and crowning our first ever World Champion on 12th December!